Although he was accepted at three prestigious medical schools, a deeper and stronger current carried him to his present situation. He gained some initial experience teaching while in college and after graduation when he taught science to elementary school children and helped to start another small school near Stony Brook. 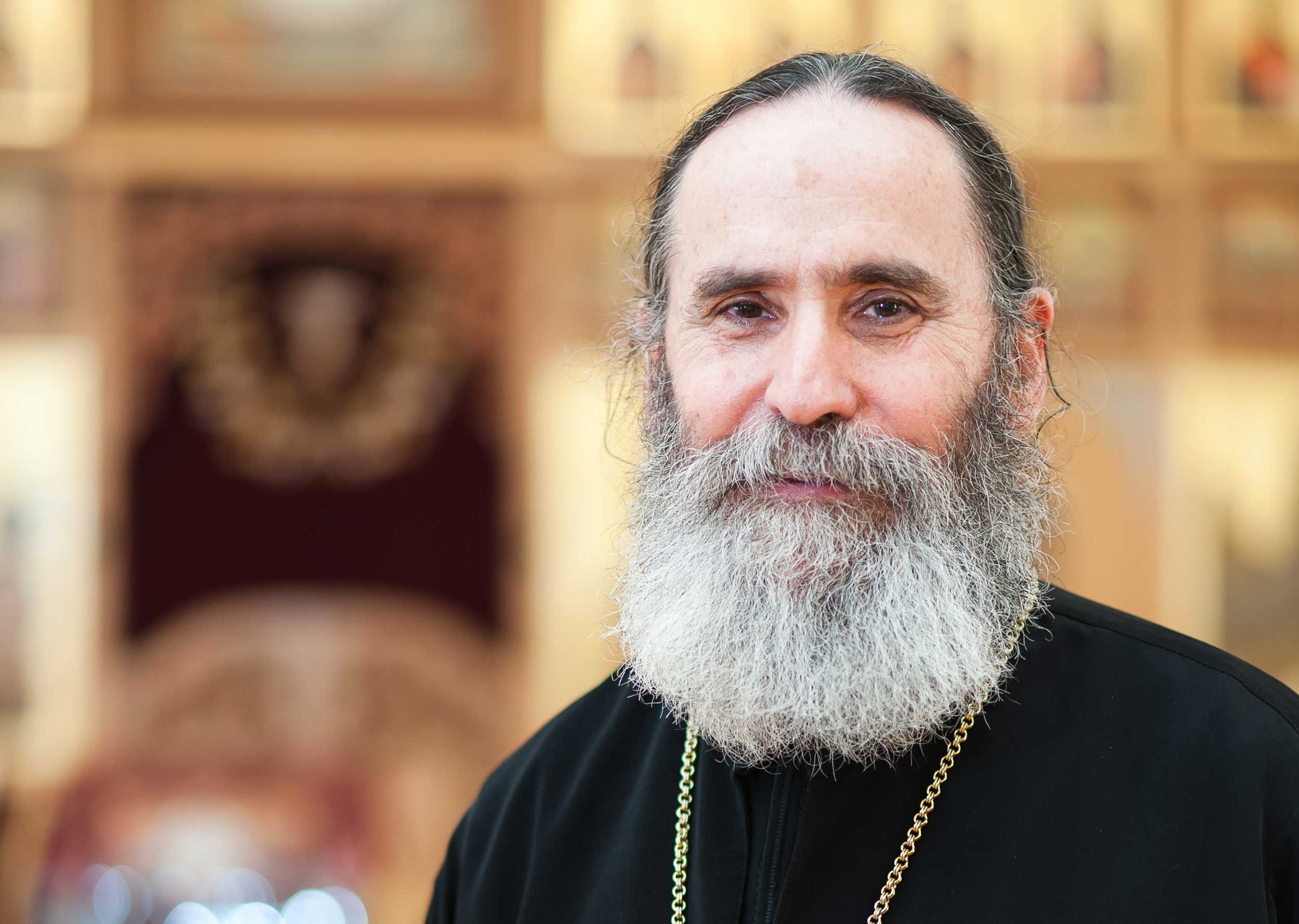 “Being Christian has always seemed to me to be integrally connected with being interested in education. The saints are the best educators because they know God, have seen God and then through this illumined perspective they can speak about the creation, people, history, science and all things. “The Light of Christ Illumines All!” We need to show the children this and experience it ourselves.

Besides my involvement in the school, I am also the Pastor of Holy Resurrection Orthodox Church and serve as an Archpriest in the Bulgarian Eastern Orthodox Diocese U.S.A., Canada, & Australia under Metropolitan Joseph, who is the prelate of the Diocese. Of course as a pastor I have a lot of experience speaking and teaching. But now I also have over 20 years of invaluable classroom experience and study. Children are good educators for educators and pastors. Talking to children has definitely helped me give sermons and classes that adults are more likely to understand and even enjoy.

Over the past 20 years at St. Herman’s School, I have had the blessing of teaching many, if not all, of the classes including different levels of science, math, religious studies, geography, music appreciation, recorder and handwriting. I have also worked extensively on the curriculum development and the philosophical foundations for Orthodox education. I feel responsible before God for the children and youth that are in our care. They deserve the best we can offer, and that is the Lord Who should be revealed in our studies as the light, the center and the goal.”

Demetri is the Administrative Assistant at Saint Herman of Alaska Christian School. He grew up in Ohio but has spent the last seven years in Boston. He recently graduated (May, 2018) with the degree of Master of Divinity from Holy Cross Greek Orthodox School of Theology. He loves playing all sports, board games, and exploring the world with his wife, Maria. Over the years, he has enjoyed working with the youth through summer camps and church groups, and is very excited to be a part of Saint Herman’s. 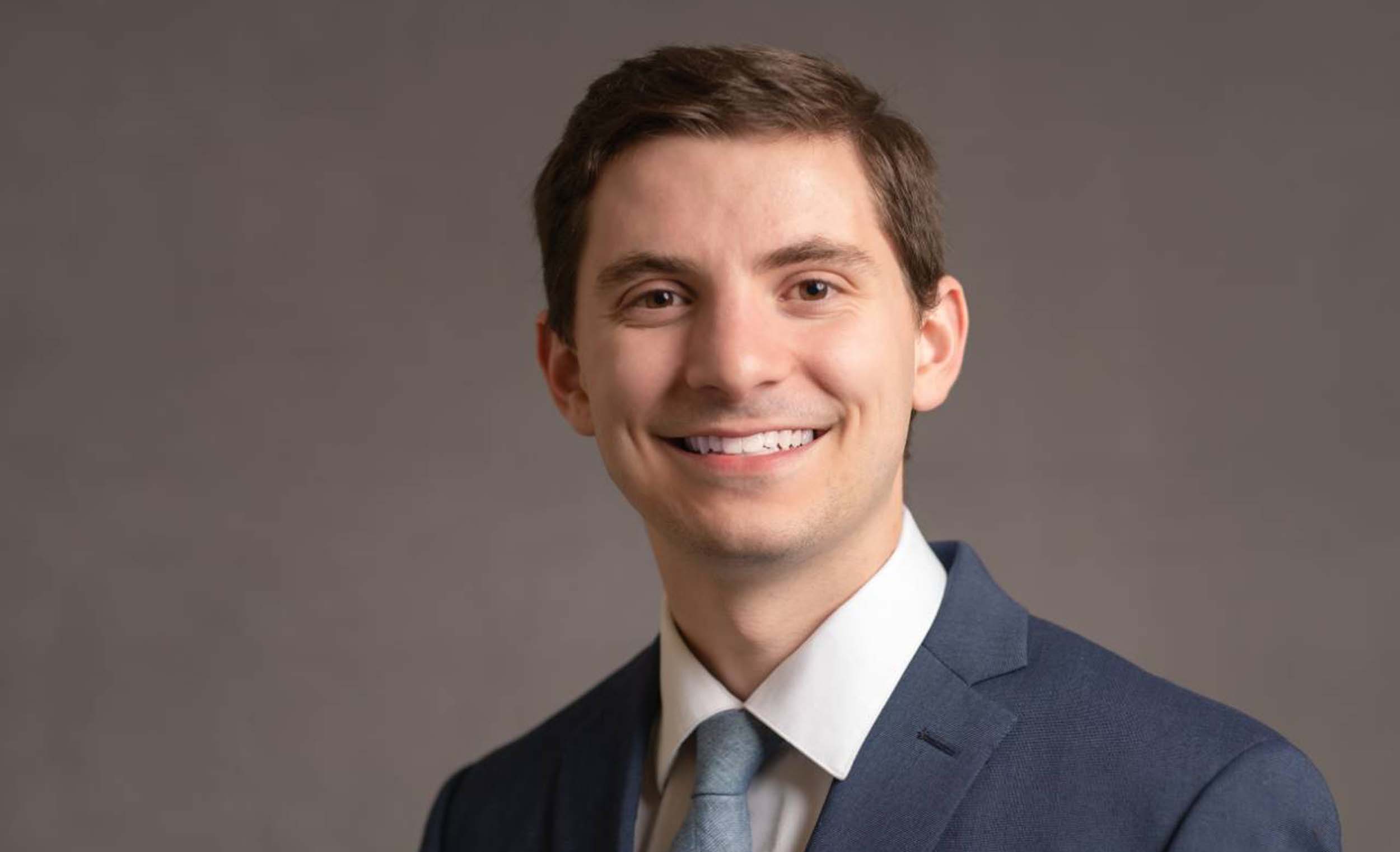 Father Teodor Anastasoaie is the Kindergarten teacher at Saint Herman of Alaska Christian Orthodox School. Originally from Romania he attended Holy  Cross  School of Theology where he received his Masters of Theology degree. After graduating from Holy Cross he began teaching at SHS. He is the main teacher for Kindergarten and first grade and teaches Middle School Religious Studies, New Testament Greek and History classes. 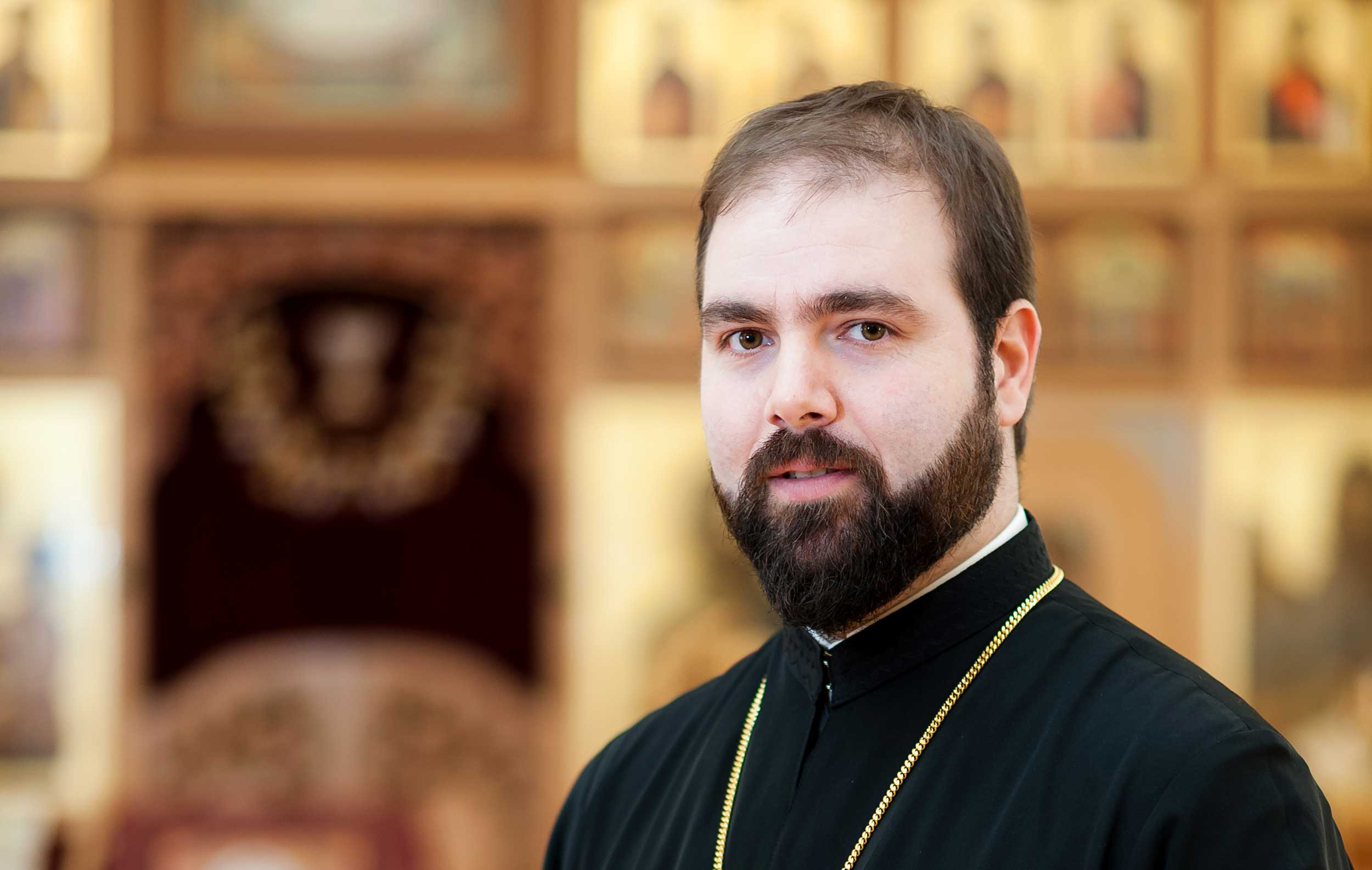 “St. Herman’s is an especially wonderful place for me. My wife is the first alumna to have graduated from St. Herman’s--a school where the love and the knowledge of God and the rigors of academia are so beautifully woven.

My hope is to put all my knowledge, experience, energy, faith and love in to helping the children learn and grow to be exemplary citizens and Christians.”

Dianne Mira began teaching at SHS in 1995 as part of the Artist-in-Residence program. She started teaching penmanship, calligraphy, and was a substitute teacher until 1999 when she accepted the position of homeroom teacher for Class II. This class comprises grades 2-5 where students learn in a multi-grade environment. 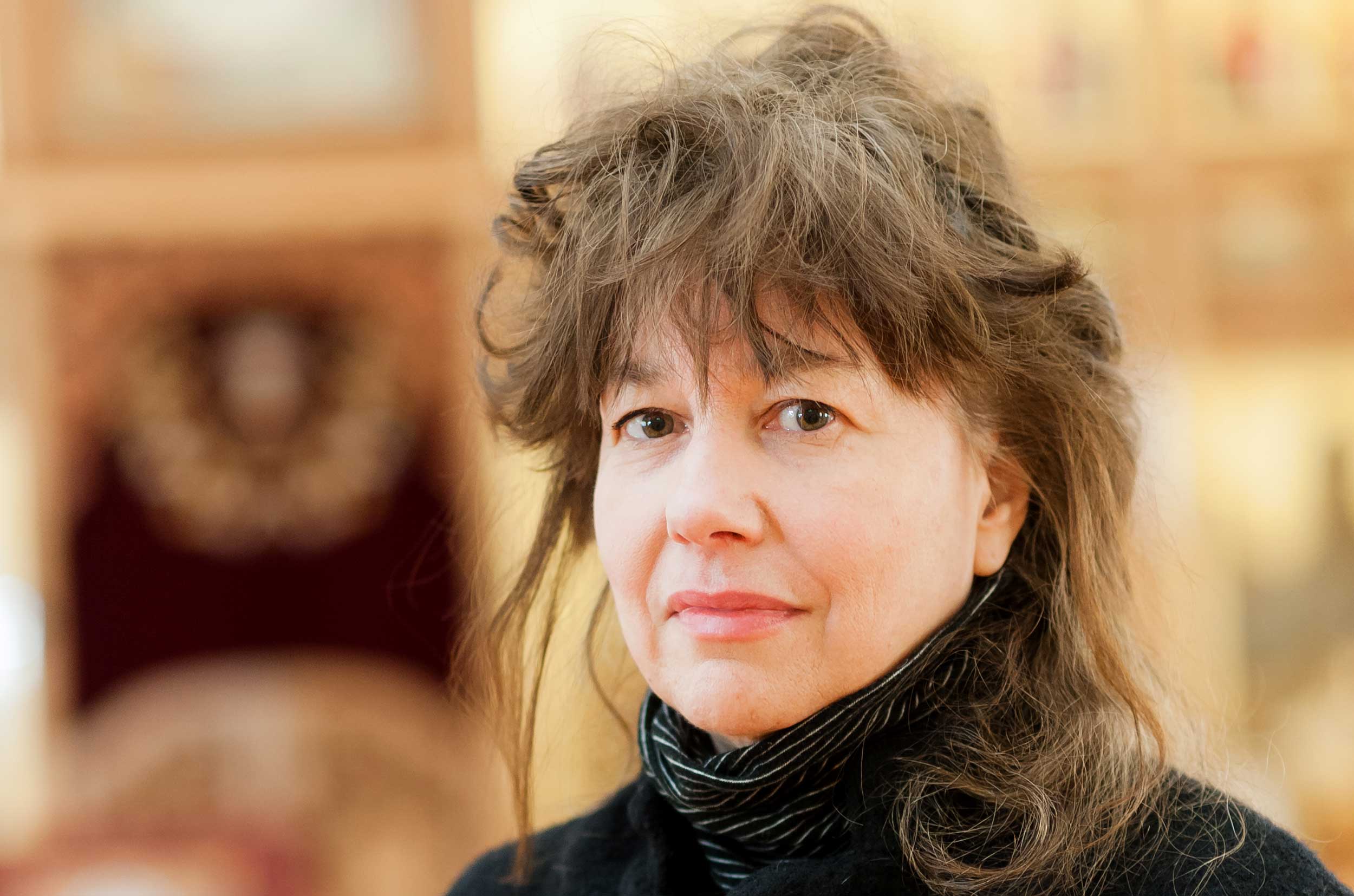 “I personally love teaching at St. Herman’s, for every day when I enter my classroom I am greeted by students full of natural curiosity and a healthy exuberance towards learning.

I considered it a blessing to have sent my own children to St. Herman’s for their elementary education, and I continue to feel blessed as a member of the staff of St. Herman’s School.”

Helen Bellinger grew up north of Boston and moved to the city after getting her BA in Liberal Arts at St. John’s College in Annapolis, MD in 2012. At this classical ‘Great Books’ school, she studied the great works of the western canon in literature, philosophy, math and science in a way that swept her public school educational foundation off its feet. In college she started tutoring low-income children at a local community center, and after graduation worked her first job in Special Education at Tobin School in Cambridge. She has been teaching middle school language arts at SHS since fall 2015. As well as pursuing her love of reading and writing, in the last five years she has studied American Sign Language and now serves as an amateur interpreter for school’s deaf parents at school events as well as in the church. 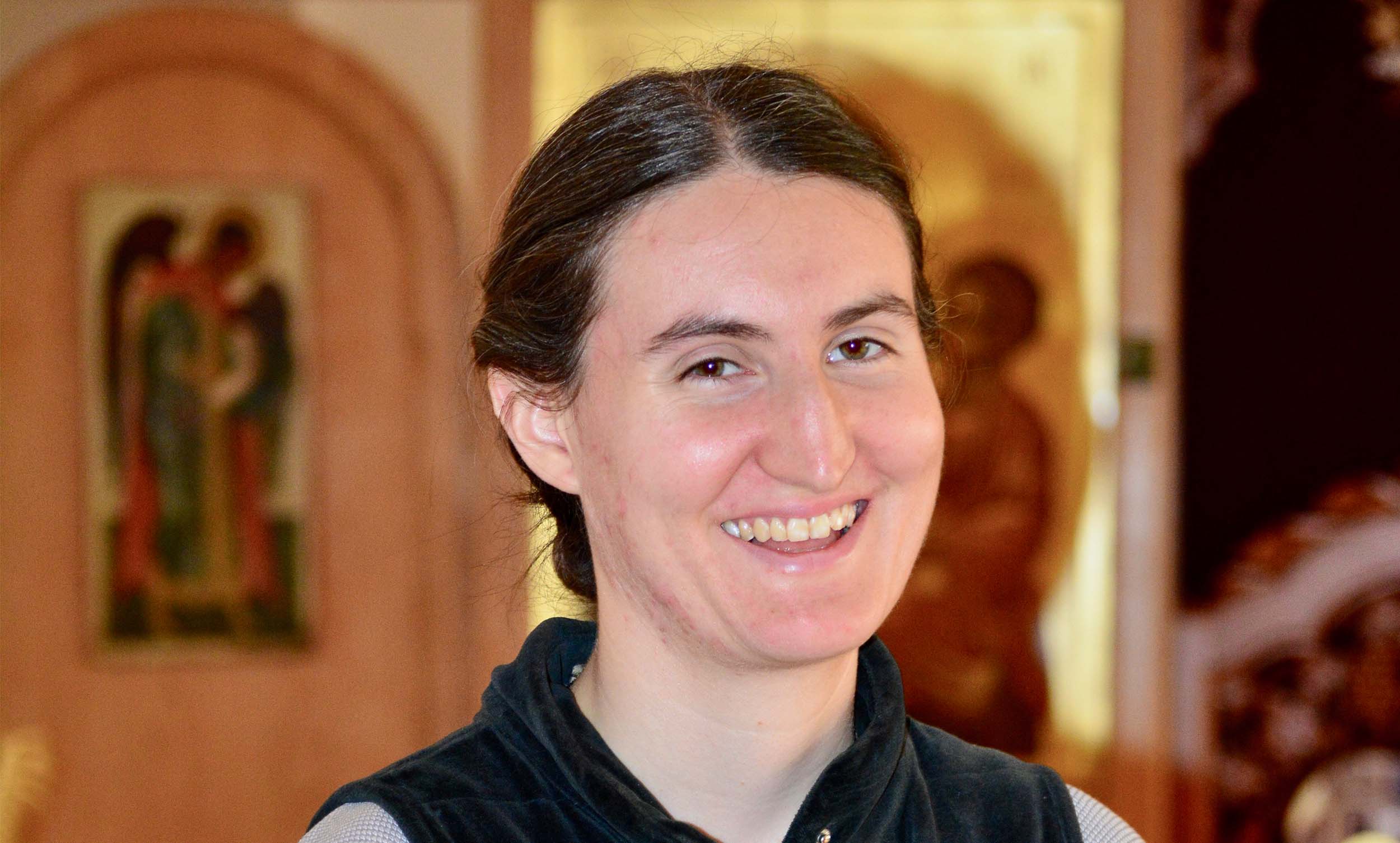 "I have loved literature from childhood, and I devoted myself in college to academic and athletic disciplines with the hope of one day having a heart and mind that could write beautiful, soulful works like those of my favorite authors Dostoyevsky and Gerard Manly Hopkins. Now it is my joyful work to expose the middle school students to the works of great writers and teach them ageless, classical techniques for thinking and writing well. ”

Margarita Karovska Neily is originally from Macedonia but she lives in Boston since autumn 1984. She came to do research at the Harvard-Smithsonian Center for Astrophysics in Cambridge, MA, and has been working there ever since. In pursuit of her childhood desire to become a scientist, she studied at the University of Belgrade (in former Yugoslavia), and after obtaining her degree in Astronomy and Physics, she taught for several years various topics in physics and mathematical methods at the University of Skopje. Later, she continued her education in France, first in Paris and then in Nice, where she received her PhD in Astrophysics. As a graduate student, she taught classes in astronomy at the St. Charles University in Marseilles. In 1984, she came to the US to work at the Harvard-Smithsonian Center for Astrophysics in Cambridge, MA. There, she has participated in a number of educational and outreach programs in astronomy, for schools and public as well, and she has given presentations to students ranging from kindergarten to graduate school students. 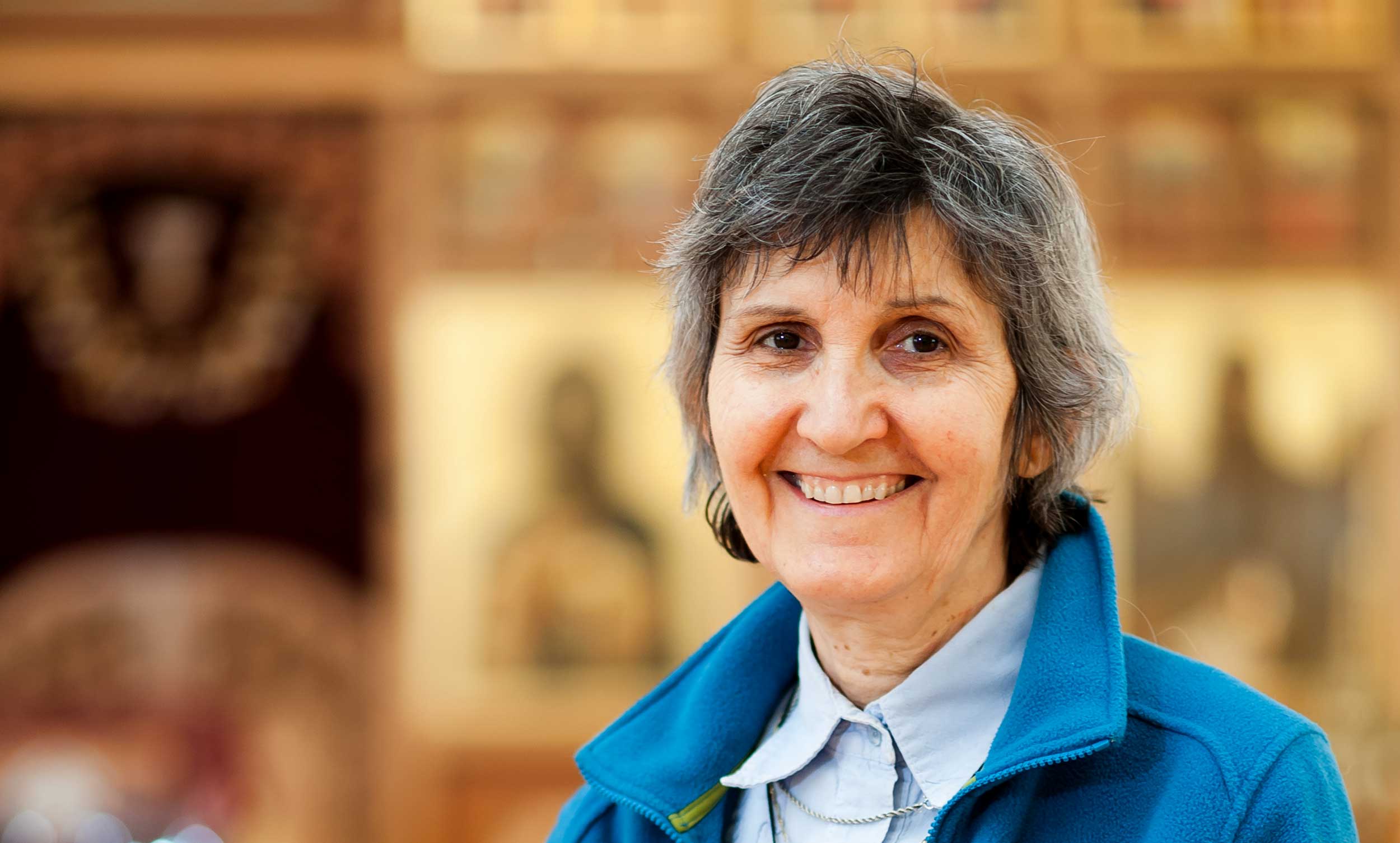 “I've been teaching Astronomy at SHS for over a decade now, and this has been (and still is) a most beautiful and fulfilling experience for me.

Teaching at SHS, and the time that I spend with the students and the staff of the school, is one of the most joyful and fulfilling experiences for me.  It is a blessing to be able to "present" the beauties of God's Universe—as far as I am able  to—as I and others have experienced them through our astrophysical studies.  In this task I am helped by Mrs.

Mira and all the staff at the school, but most of all by the genuine curiosity, excitement and spiritual intelligence of my students. I am married to Mr. Clark Neily who teaches Math at the School, and for both of us it is a true blessing to participate in the education activities at the School and to be part of this beautiful educational and spiritual environment.”

Clark Neily is presently teaching Middle School mathematics at SHS. Born and raised in the state of Maine, he earned a BA (Physics) at the University of Maine at Orono. His wife Margarita is an astrophysical researcher who regularly gives astronomy lessons at the School, as well.

After graduating from U. Maine, he had a 29 year career as an aerospace engineer specializing in applications of mathematical physics to problems in manned spaceflight operations, spacecraft design, and satellite navigation systems.

In 1995, he returned to school for a year to receive an Ed.M. from Harvard University, and teaching certification in secondary physics and mathematics. Thereafter and prior to his work at SHS, he taught high school physics, mathematics and related subjects at Malden High School including: AP Physics (B), astronomy, mathematical methods in physics, algebra II and pre-calculus. 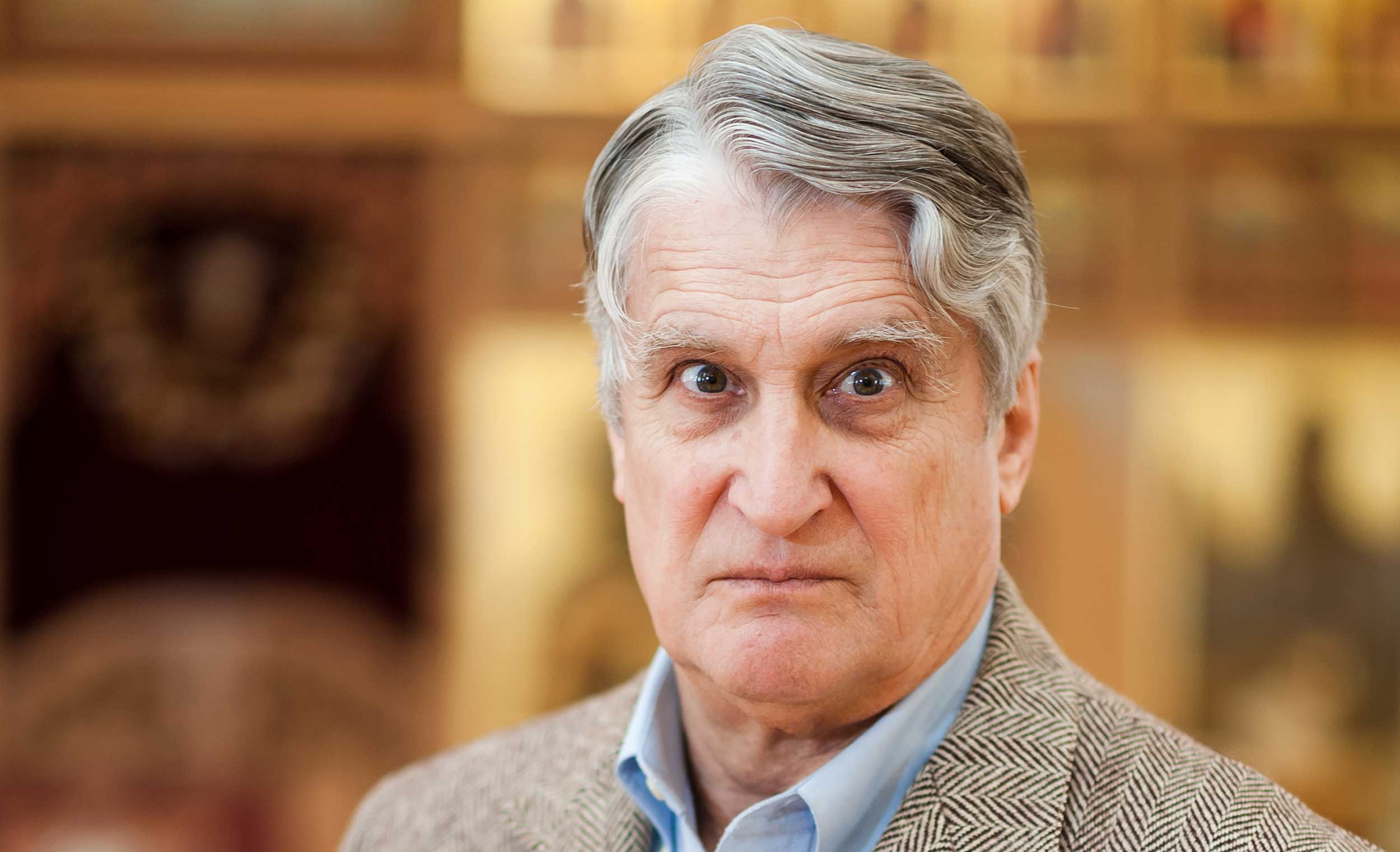 “It would be hard to overstate the joys and satisfactions of involvement in any fashion with St. Herman’s School. Our students and staff are able and enthusiastic.

The school organization and schedule encourages and facilitates interdisciplinary coordination between staff to a degree seldom achieved elsewhere.

Finally and most importantly, the school emphasizes fundamental and timeless intellectual and spiritual values which are the indispensable ingredients of morally sound character and right living.”

She continued her research career with a three year postdoctoral position at the University of Utah, where she also taught undergraduate and graduate  courses in Mathematics. Currently, she teaches at Northeastern University, Department of Mathematics as a full-time lecturer.

”I have always loved math, probably because both of my parents were high-school math teachers.  From 6th grade up to the 12th grade I participated in the Romanian Mathematics Olympiads, up to the national level. I started teaching middle school mathematics at Saint Herman of Alaska Christian School, as a volunteer, after moving to Boston in the Fall of 2009.

Three of my children are students at the school and we all find this school to be a very special place, a wonderful combination of spiritual and intellectual life. I very much enjoy teaching at Saint Herman School  because the students are enthusiastic, active and full of joy, and because both teachers and students are constantly reminded  of God's presence and blessings through the daily prayers.”

Gabriel McHugh is the middle school mathematics teacher at St. Herman of Alaska Christian school. Born and raised in Santa Rosa, California, he moved to Boston in 2015 to attend Holy Cross Greek Orthodox School of Theology. Having taken a break from Holy Cross to earn a Master in Applied Mathematics at Northeastern University, he is currently finishing his Master’s of Divinity at Holy Cross. He holds a Bachelor’s Degree in Pure Mathematics from Sonoma State University in California. He is an Adjunct Faculty of Mathematics at Hellenic College, and teachers Fundamentals of Mathematics and Mathematical Inquiry there. Gabriel is very enthusiastic about mathematics, and loves inspiring students to appreciate mathematics as an intellectually enhancing exercise, an opportunity to explore hidden mysteries, and the language of God’s creation. 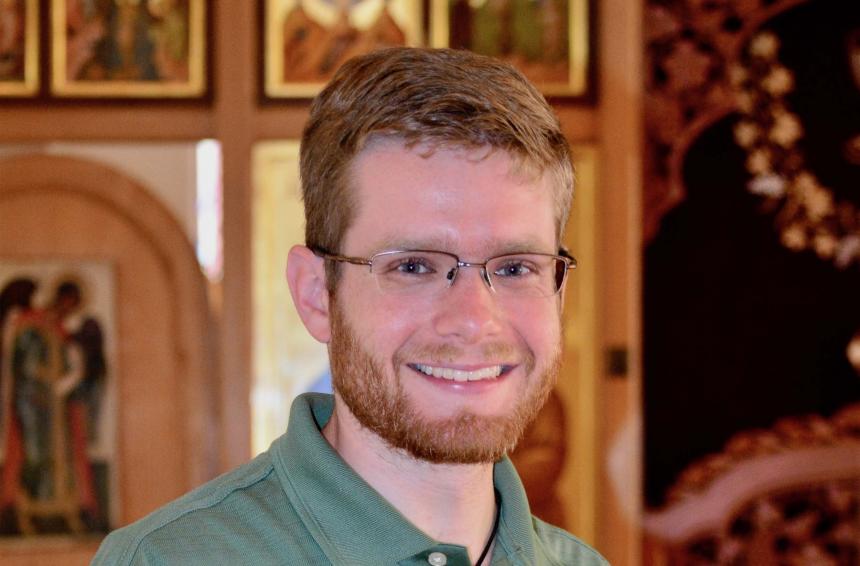 Katya Grinberg is the music teacher at SHS as well as the mother of two St. Herman’s graduates. She is from Russia and came to the United States in 1994. 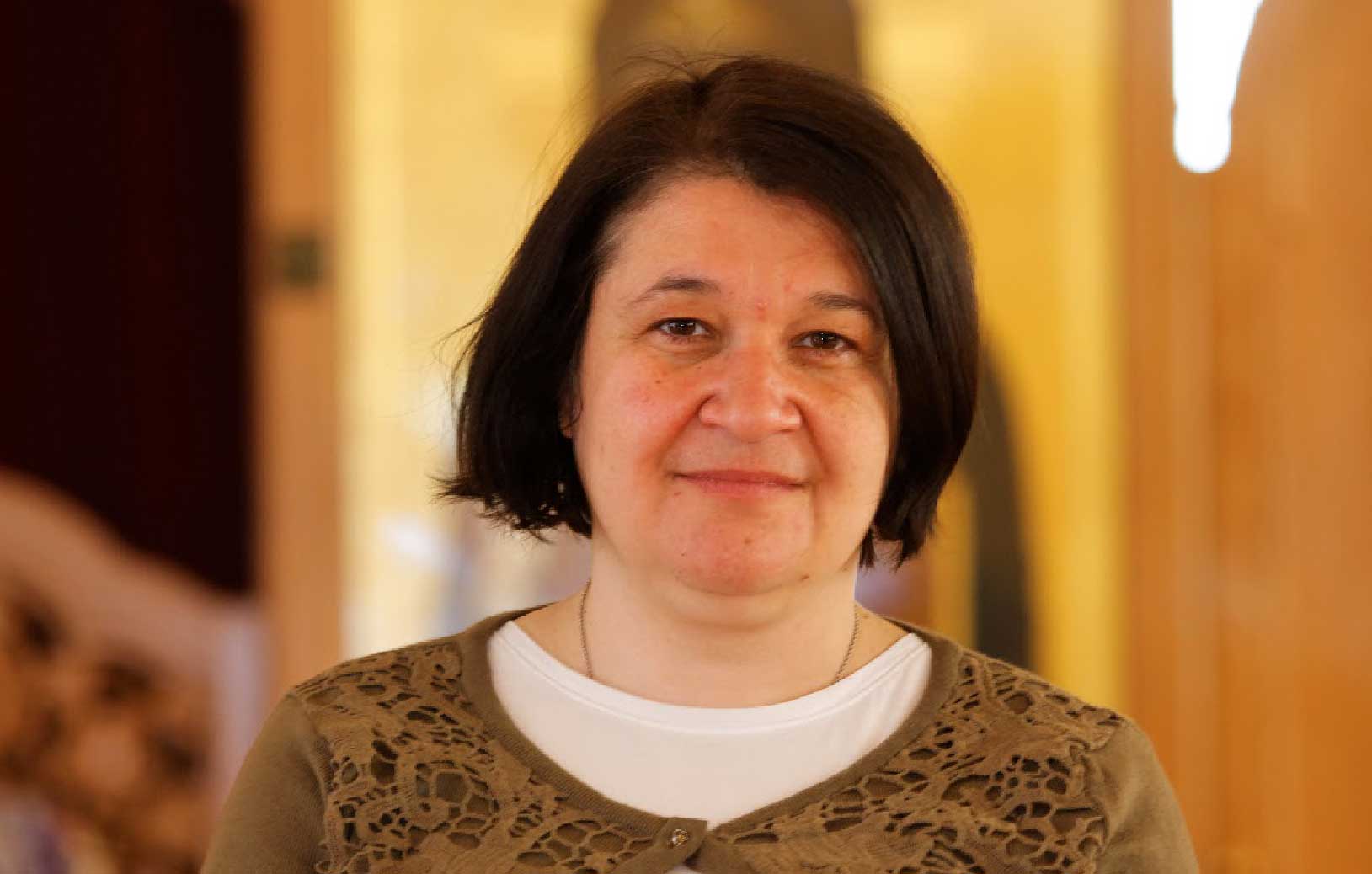 “I love teaching at St. Herman’s because this school is different from other schools in that there is a strong focus on Christian love and respect between the students and teachers. As a result, it has a wonderful loving and warm atmosphere to teach in.”

Gary is retired with a background in construction, finance, and computers. His class in crafts covers stained and leaded glass, junior solar sprint car building, robots, small engine disassembly and rebuild, as well as engine theory. 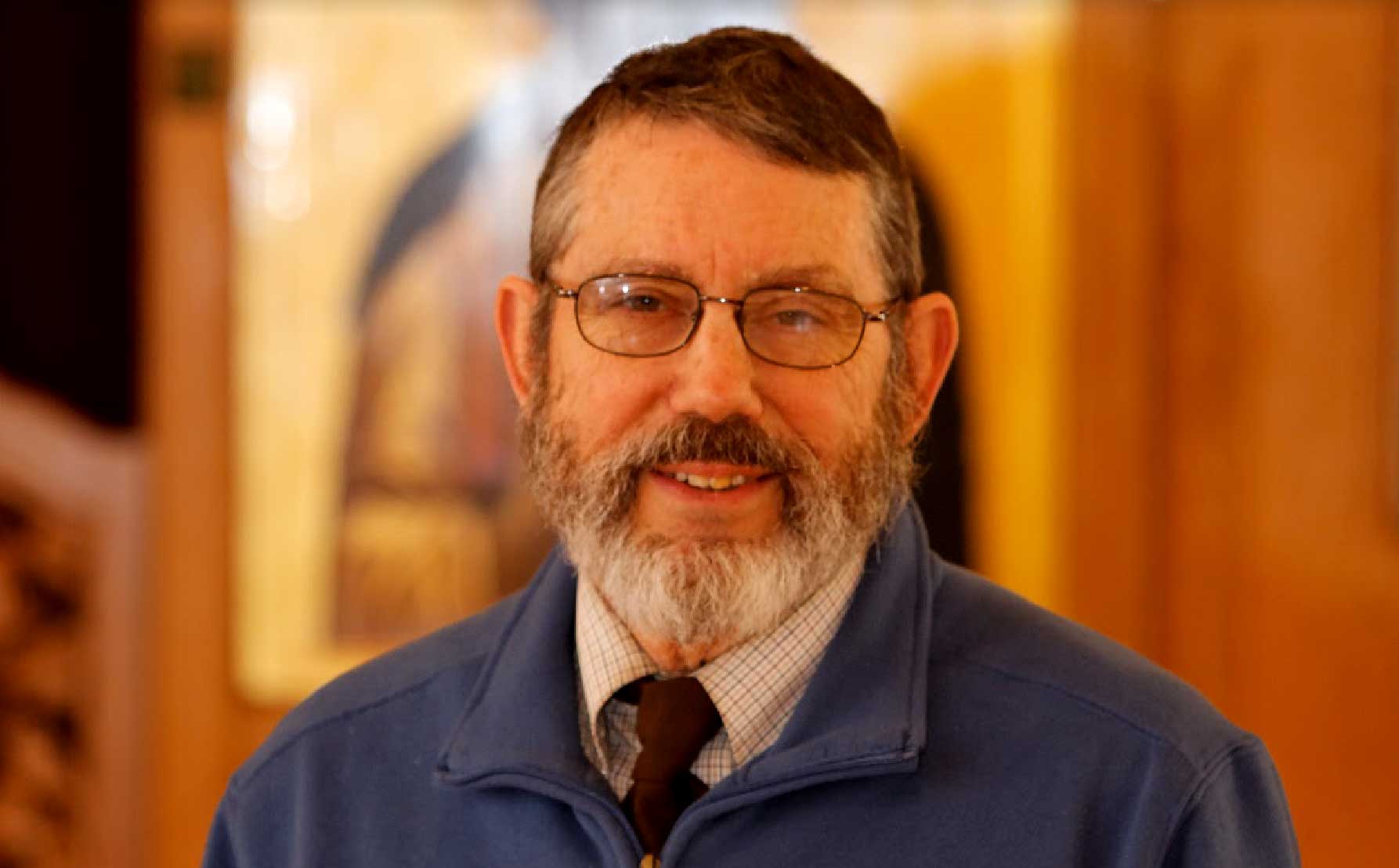